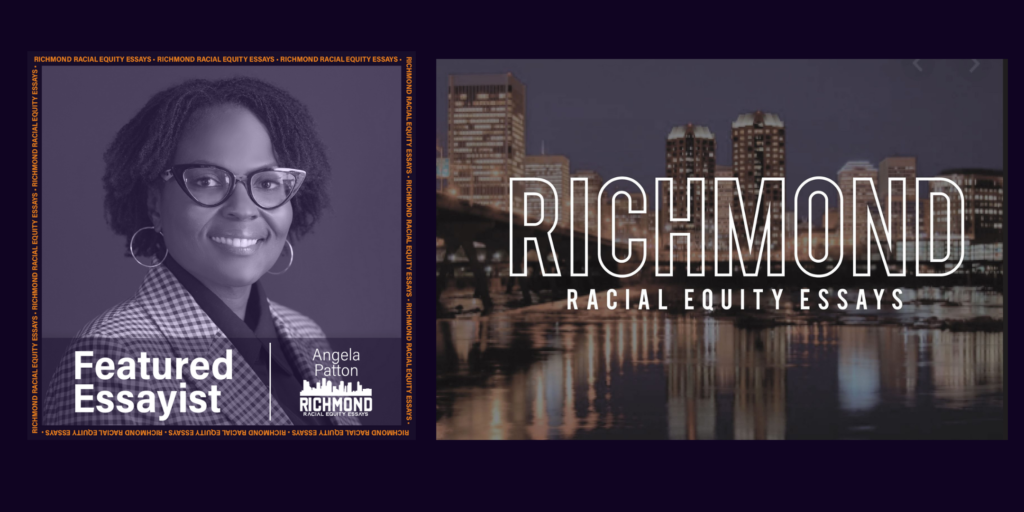 We are excited to share that our very own, Sistah Angela Patton, was invited to present her thoughts on imagining a racially equitable Richmond and the strategies that will help us make it a reality. Angela is one of nearly 50 voices featured in The Richmond Racial Equity Essays. The essays, with the help of Duron Chavis, became a multimedia project that includes interviews and a virtual discussion series. Chavis has been working with GFAC for years, supporting our Teaching Garden at the GFAC center. He has also taught our girls and hosted them at Sankofa Farms. This project allows a deep cross-sector conversation about how we can empower Richmond to become a racially equitable city as members of this community. Sistah Angela’s essay focuses on the topic “When Black [Girls’] Lives Really Matter.” In the essay, she talks about how investing our resources in Black communities and specifically Black girls, we can create an equitable world in which Black girls are given the opportunity to thrive unapologetically. As Sistah Angela wrote so eloquently, “we will never see sustainable and lasting change if we don’t do the internal work to change our perspectives, shift the narratives we allow others to tell us, and speak out against racism while also lifting and supporting the Black community.”

We were excited to see some familiar voices and read their ideas on a creating a racially equitable Richmond.  Ebony Walden, who helped facilitate the 2019 Black Girl Rally and then came up with a report on our findings around Push Out says to create a racially equitable Richmond we must “intentionally acknowledge and address the racial inequities that have become the norm in our community”.

Mariah Williams, who is a Board member of Girls For a Change, talks about how gentrification leads to displacement and “perpetuates patterns of injustice as Black communities are erased, removed from the fabric of reinvested communities, and priced out of the very neighborhoods that once offered affordability.” Williams writes, “achieving racial equity means implementing policies to combat involuntary displacement of Black residents and to preserve the culture embedded within historic Black communities.”

Another powerful voice included in the essays is Dr. Ram Bhagat, who has led sessions at Camp Diva and worked with our Girl Action Teams in RPS schools. His essay focuses on the community using massive resilience, which he defines as “a framework and set of practices I’ve developed to build resilience for challenging systemic racism based on the universal values of Ubuntu, Sawubona, and Sankofa; centered on the principles of interconnectedness, inter-relatedness, and inter-resilience, which collectively promote compassion, courage, and creativity” to create a racially equitable Richmond. Be sure to checkout and download the digital E-book that features all of the essays here.

Posted in General
← Calling all Girl Advocates and Community LeadersWe All We Got: Creating a Collective Vision for Girls Centered Spaces →